What Are Chickens If Not Mormon Turkeys?

TJ Webb returns with new music for the first time in nearly five years, and he's asking the tough questions like "What's That Strange Feeling?", "What's That Smell?", and "What Are Chickens If Not Mormon Turkeys?"

In a large bowl mix 2 cups Nine Inch Nails with 1 cup Nirvana.
Mix in 1/2 package of Smashing Pumpkins.
Add 500 ml Jack White and 1tbsp of Mitch Hedberg.
Stir to a thick batter consistency and add to pan.
Bake at 420 for one hour and nine minutes.
Nice.

Remove cake from oven, coat with topping.
Drizzle electronic bleeps and bloops to taste.
Place cake in blender.
Gooify.
Serve to your dog*. 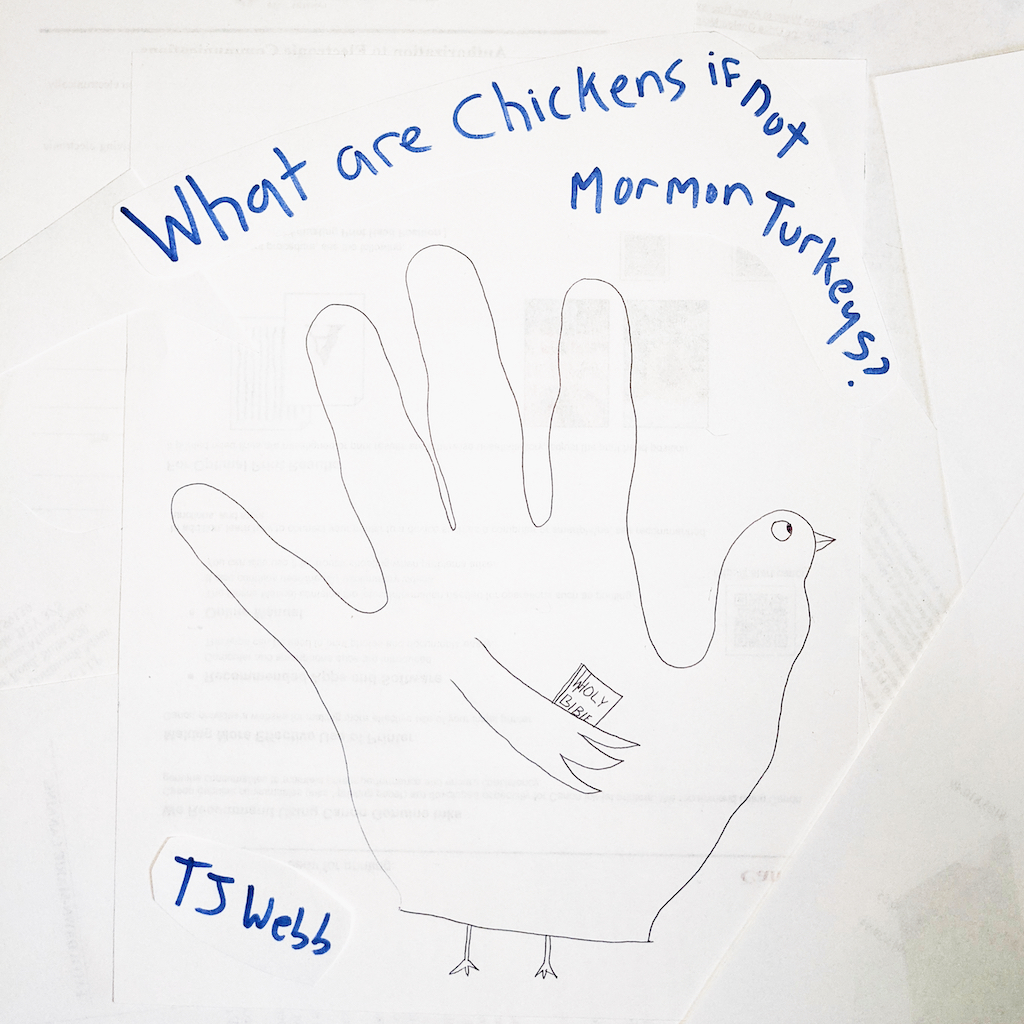